We are delighted to announce that we have reached and surpassed our $10,000 fundraising goal ahead of schedule. The building will be purchased, the place will be modified into a school and community center, and a lasting positive change has been established in this barrio.

Many thanks to all who supported us with encouraging words and donations throughout this effort. What an inspiration. Now, all that's left is the RIDE!!!!

More to come soon on our route and training!

Leaders:
Carson Wright, ‘11
3-time MS-150 vet, Alabama for Good Hope ride
Eric Keen ’08
4-time MS-150 vet, 2006 Natchez Trace Scrambler, Canada Crossing ’08
John Benson, Outing Program Director
7-time MS-150 vet, 2006 Natchez Trace Scrambler, Trans-Alaska tour
This trip advocates for the primary education of children of Remansos, one of the most impoverished barrios (neighborhoods) of Cali. Its residents, in Colombia’s third most populous city, bear the burden of extreme poverty and unemployment (80-90%). Drug-related violence and crime, for many, has become commonplace in their lives. By teaming up with Eunice Caicedo, a 38-year veteran of the Cali school system, we hope to break this cycle of poverty by creating a safe and permanent structure for an elementary school. Aside from educating hundreds of children, this school will also serve as a community center for adult literacy, vocational, and health classes. $10,000 will complete the fundraising effort needed for this dream to be realized.
The SOP wants to help by doing what it does best: crazy adventures. As a ticket to ride, each cyclist will raise $1,000; the toal will purchase, renovate, and furnish a new school for hundreds of children.

Children This School Is For

Some photos of Remansos' children, from Eunice: 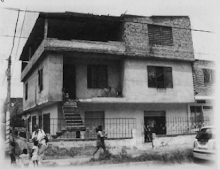 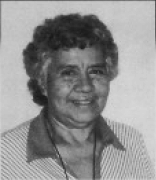